Over the last few years the Friends of Berry Head have been raising money for a new camera mounted on the cliffs pointed at the guillemot colony. You may have been involved and made donations via our Easter Egg and Halloween hunts, the book sales in the lobby and the summer dog shows. Thanks for your donations!

At last enough money has been raised! The Friends group recently donated £2,100 to the Trust which, along with funding from the Trust and other organisations, gave enough funds to buy a smart new HD camera. One of the Friends, Peter Brown, then abseiled down the cliff and installed it. The camera is now beaming incredibly high-quality footage of our guillemots onto the TV screen in the visitor centre. Come and see it!

Guillemot is the common name for several species of seabird in the Alcidae or auk family (part of the order Charadriiformes). In British use, the term comprises two genera: Uria and Cepphus. In North America the Uria species are called 'murres' and only the Cepphus species are called 'guillemots'. This word of French origin derives from a form of the name William, cf. French: Guillaume.[1]

The two living species of Uria, together with the razorbill, dovekie, and the extinctgreat auk, make up the tribe Alcini. They have distinctly white bellies, thicker and longer bills than Cepphus, and form very dense colonies on cliffs during the reproductive season. Guillemot eggs are large (around 11% of female weight[2]), pyriform in shape, and colourful, making them attractive targets for egg collectors.[3]

The three living species of Cepphus form a tribe of their own: Cepphini. They are smaller than the Uria species and have black bellies, rounder heads and bright red feet.

Some prehistoric species are also known: 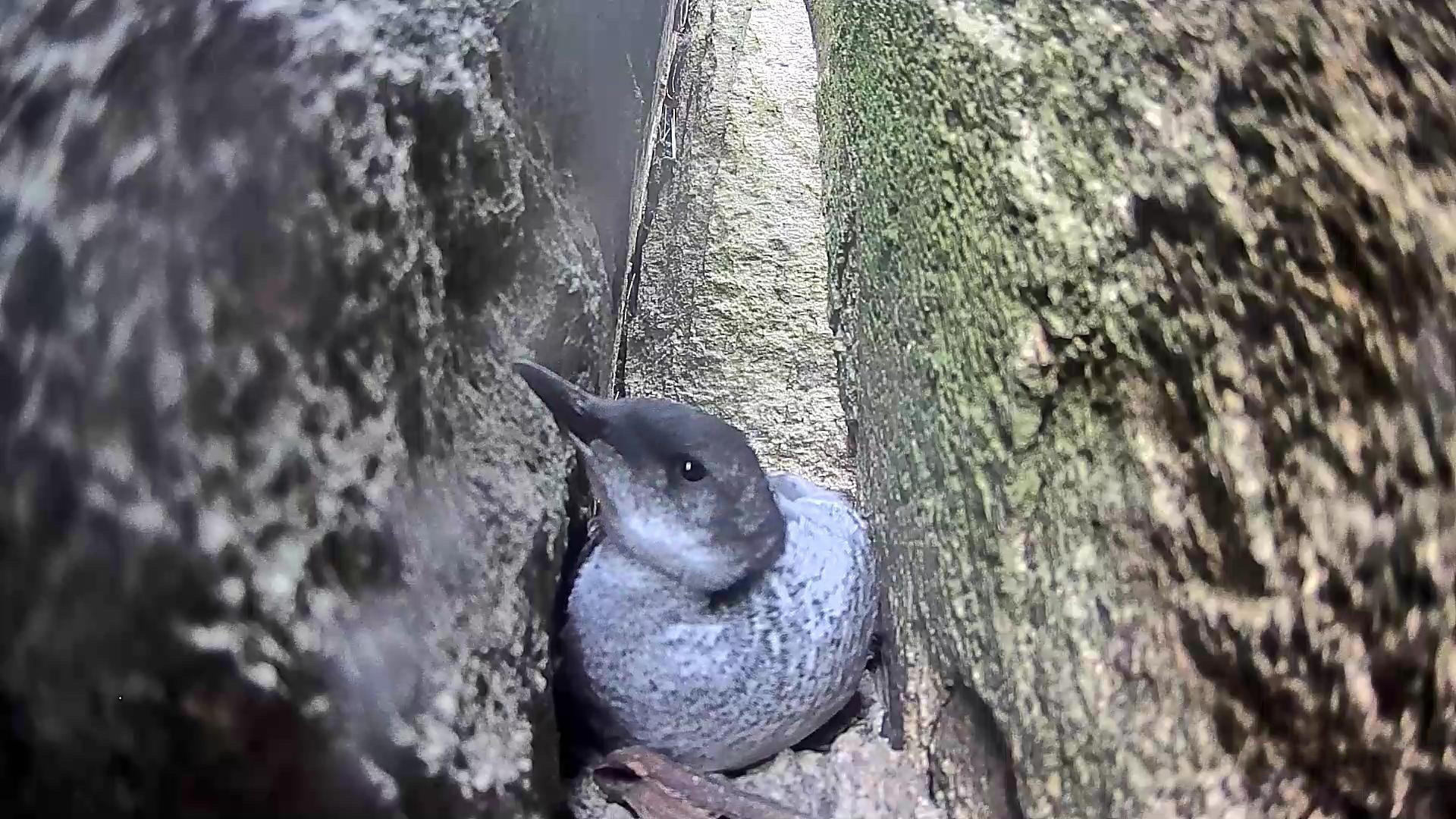 U. brodkorbi is the only known occurrence of the Alcini tribe in the temperate to subtropical Pacific, except for the very fringe of the range of U. aalge.

As in other genera of auks, fossils of prehistoric forms of Cepphus have been found:

The latter two resemble the extant species, but because of the considerable distance in time or space from their current occurrence, they may represent distinct species.

Guillemots lay a single pyriform egg on a cliff edge in dense breeding colonies. They do not build a nest. The egg is popularly believed to roll in an arc when disturbed, preventing it from falling over the cliff edge.[4] This may be true of a museum specimen on a flat surface, but has not been proven to occur naturally.[5]

In a crucial scene of the 1937 film The Edge of the World, the character Peter tries to get a guillemot's egg, for which a collector had promised to pay five pounds. The egg can be found in a nest on a steep cliff, which Peter climbs down tied to a rope. As he is climbing back up, the rope frays and Peter falls to his death.