Working for Diebold 20yrs ago was a source of pride, as we were the best in the business. Upon leaving in 2013, it was a source of embarrassment due to the poor customer service and substandard equipment.

The AccuVote TS and TSX are touch screen direct recording electronic voting machines that record votes on internal flash memory. Voters insert a “smart-card” into the machine and then make their choices by touching an area on a computer screen, much in the same way that modern ATMs work. Both systems offer a summary page once the voter has sequenced through the entire ballot, giving the voter an opportunity to verify their choices and to vote in any race they missed. The votes are then recorded to internal electronic memory.

Internally, the TSX contains much of the same hardware found in a general-purpose PC. It contains a 32-bit Intel xScale processor, 32 MB of internal ﬂash memory, and 64 MB of RAM. The TSX runs version 4.1 of Microsoft’s Windows CE operating system with modiﬁcations written by Diebold. An application called BallotStation runs on top of the operating system and provides the user interface that voters and poll workers see. BallotStation interacts with the voter, accepts and records votes, counts the votes, and performs all other election-related processing. The TSX also contains a custom bootloader and other low-level support software.

Voting Process: When the voter enters the precinct, he or she is confirmed as registered and then given a smart card by a poll worker. The smart card is a card the size and shape of a credit card and contains a computer chip, some memory, and basic data, such as the voter’s voting language and political party. The voter then takes the smart card to a voting machine and inserts the smart card into the machine to begin voting. After using the touch screen to vote, the record of the vote is directly recorded electronically to multiple, internal flash memory cards and the voter’s smart card is reset to ensure that it can only be used to vote once. The smart card pops out of the machine with a loud “click” and the voter returns it to a poll worker.

Checking the Voter-Verifiable Paper Trail: If the TSX is equipped with the voter-verifiable paper trail, the printer tape is located to the right of the touch screen under transparent plastic. Voting takes place as described above; however, at the conclusion of voting, a paper ballot is printed and displayed in the Accuview housing so that the voter can verify their selections before the ballot is deposited into a container within the printer module to await retrieval by poll workers.

Pollworker Information: When the polls close, a poll worker or election official inserts an administrator smart card into each voting machine and puts the machine into a post-election mode so it will no longer record votes. At this point, the machine writes the votes from its internal memory to flash memory on a PCMCIA card, a removable form of flash memory. A printed tape of all votes cast or vote totals for the voting machine can also be printed out at this time, depending on local procedure and regulations. The PCMCIA cards are taken out of each machine and either taken to a central tabulation facility or to remote tabulation facilities. At the tabulation facility the votes are read out of the PCMCIA cards and into a central computer database where precincts are combined to result in an aggregate vote. For remote facilities, the votes are transmitted to the central tabulation facility via a closed intranet, the internet, or modem. The PCMCIA cards and any printouts from the voting machines can then become part of the official record of the election.

Bob Urosevich, former president of American Information Systems, left AIS in 1995 to form I-Mark Systems. The new startup’s goal was to develop a voting kiosk that could be placed in shopping malls or other public places, with a “vote anywhere” model that eliminated the need for voters to go to their assigned polling places and had the potential to eliminate the need for poll workers. The prototype I-Mark kiosk enclosed an IBM PC and its CRT video monitor in a laminate-covered pedestal. Input was done with a light pen (a wand the voter could touch to the screen to make selections). The PC ran Microsoft Windows 95. After the prototype had been demonstrated and certied for use in Kansas in mid-1997, a second version of the Electronic Ballot Station was built. The bulky desktop PC inside the kiosk was replaced with what was essentially laptop computer technology, an at-panel display with a touch screen hinged to the top of a lightweight base that incorporated the computer and smart card reader. It was marketed as the EBS model 100, and was certied for use in Kentucky in the fall of 1997.

I-Mark was acquired by Global Election Systems (GES) in 1997. As part of the acquisition, Bob Urosevich was appointed Vice President of Sales and Marketing at Global. Since Global already had signicant market penetration with its Accuvote precinct-count ballot scanner, it was natural to rename the re-packaged EBS Model 100 the AccuVote-TS (touch screen), while the precinct-count scanner became the AccuVote OS (optical scan). The AccuVote TS was oficially announced on November 7, 2000, simultaneously with its first use in Mahoning County, Ohio. The announcement repeated Bob Urosevich’s vision of eventually migrating to the vote-anywhere model, while at the same time making clear that the AccuVote TS was fully functional as a stand-alone voting machine for precinct use. Diebold acquired Global Election Systems in January 2002. GES was renamed Diebold Election Systems (DES), and Robert Urosevich, who had been President of GES, became the CEO of DES.

After unsuccessful efforts to sell the election systems subsidiary, Diebold Election System’s name was changed to Premier Election Solutions in 2007 and Premier was made somewhat independent of Diebold. On September 3, 2009 Diebold announced that the company had sold its election system business to Election Systems & Software (ES&S) for only $5 million. There was an immediate outcry, because the sale would have given ES&S control over more than 75% of the voting machine market. Senator Charles Schumer (D) urged the Justice Department to probe the sale, warning that competition is needed to reduce chances of widespread election fraud. About a week after the announced sale, Hart InterCivic led a lawsuit against Diebold and ES&S, claiming that the sale posed an “imminent threat of irreparable harm to other vendors like Hart.” On March 8, 2010 the Department of Justice announced that it was requiring ES&S “to divest voting equipment systems assets it purchased in September 2009 from Premier Election Solutions Inc. in order to restore competition.” Dominion Voting Systems, which purchased the assets that ES&S was forced to sell, subsequently purchased Sequoia Voting Systems.

There is an opaque cover on hinges over the VVPAT viewing window. This cover is intended to give voters with visual impairment a higher degree of ballot privacy since they use the audio ballot and do not use the VVPAT for verification. Unfortunately, this cover can be shut inadvertently or not reopened after a voter with sight impairment votes. This cover should always be open unless a voter with a sight impairment is using the TSX. Alternatively, the cover can easily be removed from its hinges and re-attached when necessary.

The TSX is susceptible to viruses transmitted through its memory card pack. Great care should be taken when handling the memory packs. A voter should never touch, remove, or otherwise mess with the TSX memory pack. Poll workers should only do so after polls have closed and the election is closed on each TSX terminal.

Many jurisdictions wisely employ tamper-evident seals to indicate when a machine might have been compromised. These seals look like stickers with serial numbers on them. When removed, they change color or otherwise indicate that the seal is no longer covering the security-sensitive area it was before. It is important than any seal that reads “VOID” or something similar that is still in place on a machine be reported immediately to poll workers. Places to expect security seals include over the power switch or the “close polls” button, over the memory card or memory card cover, and over the case seams as someone who gains access to the internals of a TSX by removing its case can install their own software on it. 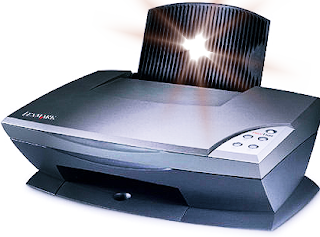 In 1979, Bob Urosevich founded American Information Systems and served as the President of AIS (now known as Election Systems & Software) from 1979 through 1992. In 1995, Bob Urosevich started I-Mark Systems, whose product was a touch screen voting system utilizing a smart card and biometric encryption authorization technology. Global Election Systems, Inc. (GES) acquired I-Mark in 1997, and on July 31, 2000 Mr. Urosevich was promoted from Vice President of Sales and Marketing and New Business Development to President and Chief Operating Officer. On January 22, 2002, Diebold announced the acquisition of GES, then a manufacturer and supplier of electronic voting terminals and solutions. The total purchase price, in stock and cash, was $24.7 million. Global Election Systems subsequently changed its name to Diebold Election Systems, Inc. In 2006, Diebold decided to remove its name from the front of the voting machines for strategic reasons. In August 2007 the company changed its name to Premier Election Solutions. Premier Election Solutions was acquired on September 2009 by Election Systems and Software (ES&S) and was subsequently partially acquired by Dominion Voting Systems on May 19, 2010 following a 2010 antitrust settlement.